194 years ago, at age 56, Ludwig von Beethoven died. After years of deteriorating health, the master finally succumbed to illness resulting from lead poisoning. Behind him he left sketches of an unfinished work. It would have been his Tenth Symphony.

Since his untimely death, musicologists and fans alike have wondered what his Tenth Symphony could have been. The notes on the unfinished work that he left behind show a magnificent musical structure, one that could have eclipsed his magnus opus, the Ninth Symphony.

Now, nearly two centuries after his passing, a group of composers, musicologists, historians, and computer scientists have reviewed all Beethoven’s notes. And they just made a big announcement.

The long-awaited completion, however, was only possible with the aid of artificial intelligence.

AI has examined all Beethoven’s previously conducted musical patterns, was able to predict movements in his works and, with help of human ears, finished the symphony just as Beethoven himself likely would have.

Without advancements in computer science and artificial intelligence, this work would still be unfinished. A Tenth Symphony would never be.

But Artificial intelligence is doing much more than completing unfinished musical masterpieces. Ai is now responsible for the greatest cost-saving initiatives in the history of industry. From front office automation to an increase in mid and back-office efficiency, artificial intelligence is saving global business billions of dollars in lost productivity.

Once thought to be only for Fortune 500 companies, AI is now attainable for any business of any size and is saving companies massive amounts of money. Upfront costs for the technology have dropped drastically, making it highly attractive to any business looking to cut costs, reduce fraud and increase productivity within its workforce.

Now, This October 9th, a full recording of Beethoven’s AI driven Tenth Symphony will be released. That very same day, the Beethoven Orchestra Bonn will perform the symphony live in Germany.

And we can thank artificial intelligence for it.

Or learn more about how custom developed AI can help your business complete complex tasks, eliminate inefficiencies, detect and prevent fraud and save you money, HERE 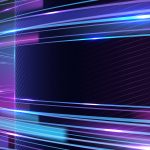 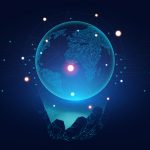 Why Banks and Credit Unions Should Implement More Artificial Intelligence, Catch up to FintechIndustry Article