This past October, Twitch, an online interactive streaming platform, announced a massive data breach that allowed hackers access to its source-code, internal security protocols and the earnings data of many of its top users.

However, the breach and subsequent data leak, while devastating, had an unintended consequence. It exposed a money-laundering scam (alleged) involving Turkish streamers, stolen credit cards and illegally purchased and converted Twitch currency, or “Bits’ as they’re known.

The alleged money-laundering conspiracy went like this: Stolen credit card data was shared amongst certain Twitch streamers to purchase “Bits.” These “Bits” were deposited into the scam streamers Twitch user accounts. The illicit “Bits” were then converted into hard currency, where withdrawals could be made by members of the conspiracy. One hundred “Bits” are worth one US dollar.

Streamers who were involved (allegedly) would then share portions of the hard currency with the criminal source of the stolen credit card data.

To Twitch, the illegal income generated by these scammers via “Bits” donations looked legitimate, as the company did not realize the credit card transactions were fraudulent.

It was a simple, yet effective scam. And one that should have been noticed and stopped long before the data breach… not only by Twitch, but by the card issuers themselves.

It’s estimated that the money-laundering scheme netted the fraudsters up to $10 million in illicit “Bits” transactions.

40 people have been arrested in association with the scam, across 11 provinces of Turkey. Four suspects remain at large.

One Turkish Twitch-streamer, BBL Legoo, has admitted to taking part in the money-laundering scam.

In a post, he revealed he was approached by a friend with the proposition of making some quick, easy money.

“I jumped like a fool and said okay… Later, when I realized that the Bits were anonymous, I became suspicious and wanted to quit. But since I was on the rise at that time and the person who did it had a trump card [on me], even though I told the person many times that I didn’t want to continue, I was forced to do it.”

Had Twitch instituted better security protocols, utilizing cutting-edge, real-time artificial intelligence tools, not only could the initial data breach have potentially been averted, but the money-laundering scheme could have possibly been detected much sooner too.

Real-time, customizable Ai security protocols, like those provided by ToolCASE, are designed specifically to not only detect and prevent bigdata breaches, but to identify transactional anomalies associated with financial frauds and money laundering…. Live.

Not after the fact when it’s too late, but as they’re occurring in real time.

Could ToolCASE have prevented the Twitch data breach and the “Bits” money laundering scandal?

Or, read more about the 40 Turks arrested in the Twitch money laundering scandal, HERE 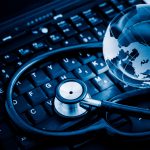 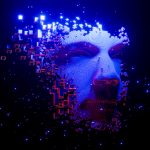