7 of The Biggest Health Insurance Fraud Takedowns of 2020

7 of The Biggest Health Insurance Fraud Takedowns of 2020

2020 was a banner year for health insurance scams.  Here are seven of the largest takedowns of the year.  Keep in mind, these are just the ones that have been detected.  Billions of dollars of fraud activity likely goes completely unnoticed, leaving insurance companies on the hook.

The owners of two telemedicine companies have been charged for allegedly devising a nationwide healthcare fraud scheme that resulted in $56 million in false and fraudulent claims to Medicare.

A Florida based chiropractor was charged with fraudulently obtaining loans from key COVID-19 relief programs. He allegedly used his office to submit false and fraudulent claims for reimbursement from Medicare and CareCredit.

In the rural south, 10 conspirators allegedly billed private payers approximately $1.4 billion for laboratory testing claims, out of which they were paid about $400 million.

A Florida based substance abuse doctor was charged with conspiracy to commit healthcare fraud and wire fraud for allegedly engaging in fraudulent billing for tests and treatments.  The scheme resulted in $681 million in fraudulent claims.

A Texas rheumatologist was found guilty of falsely diagnosing patients with life-long diseases – and treating them with medically unnecessary and toxic medications – as part of a $325 million healthcare fraud scheme.

A Texas physician and anesthesiologist received seven years in prison for his role in fraudulently billing healthcare programs.  The doctor billed healthcare providers for nearly $5 million, which also resulted in multiple patient deaths.

Our enterprise-level advanced AI solutions are scalable, simple to use and designed specifically for the health insurance industry.  The ToolCASE AI machine learning technology helps detect and stop provider fraud before costly payouts are made.

Schedule a Free Demo and Learn How ToolCASE Can Help Prevent Tens of Millions of Dollars in Fraudulent Claims Payouts: https://bit.ly/2QUTwTX 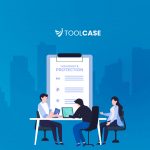 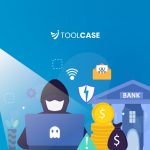 The 3 Stages of Bank Fraud InvestigationsInfographic