A Massachusetts man pleaded guilty in the U.S. District Court in Providence, RI for his role in a wide-ranging conspiracy to defraud banks and credit unions across several states.

In addition to the false purchase scam, Mosquea-Ramos admitted to being on the ‘seller” side of the scams as well.  One of his alleged co-conspirators, Rolando Estrella, is alleged to have created fake purchase/sales agreements with and counterfeit automobile titles to obtain over $275,000 in fraudulent used car loans.

The illicit funds were, allegedly, made payable to Mosquea-Ramos, deposited in an account then quickly withdrawn to be divided amongst the participants of the conspiracy.

Had these banking institutions/Credit Unions implemented the ToolCASE suite of anti-fraud products, this scam may have been caught much sooner, potentially saving these institutions hundreds of thousands of dollars in fraudulent loans. 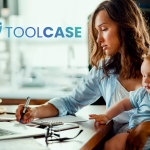 Hidden Behind “Telemedicine Was a $400 Million Healthcare FraudIndustry Article