Hidden Behind “Telemedicine Was a $400 Million Healthcare Fraud

Hidden Behind “Telemedicine” Was a $400 Million Healthcare Fraud

The United States Department of Justice announced they’ve received a guilty plea from a Florida based woman in connection with conspiracy to commit healthcare fraud.

The fraud conspiracy involved the submission of over $400 million in illegal medical equipment claims.  The government alleges the woman, Kelly Wolfe of Regency, Inc., submitted the claims to Medicare and the Civilian Health and Medical Program of the Department of Veterans.

The claims were originally “justified” by Wolfe and Regency as necessary because of the fast rise in telemedicine communications.

However, the DOJ says the conspiracy involved bribed doctors to approve the claims, and the fraudsters took advantage of the necessity of telemedicine due to the current health crisis to pull it off.

This provider fraud is one of the most egregious crimes in the healthcare industry.  And the Covid crisis has only amplified it.

Proper anti-fraud technology, like that of ToolCASE Inc., out of Denver CO, could have spotted this fraud earlier, and perhaps prevented it all together.

Healthcare fraud, especially provider fraud, is a growing problem.  Learn how your healthcare insurance organization can prevent frauds before costly payouts are made.  Visit ToolCASE HERE. 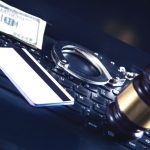 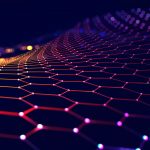