The Federal Trade Commission has warned that social media platforms are a ripe playground for scammers. In the past five years, frauds perpetrated through social media have increased by 18%, and cost Americans nearly $770 million.

Social media is now a goldmine for criminals.

Emma Fletcher, a data researcher at the FTC said, “We’ve really seen reports about scams that originate on social media skyrocket… The numbers point to social media as being the most profitable to scammers, in terms of how they’re reaching people last year, so I would say the goldmine title fits.”

Of all reported fraud losses in 2021, 25% were reported as a result of social media scams. Nearly 100,000 people were victimized.

Fletcher went on, “The largest number of reports by far were about online shopping fraud…

“People place an order based on an ad and then they never get the good. So advertising is a very important piece of this. Of course, with things like investment scams and romance scams, direct messages can be involved, or just the things people post online promoting bogus scams. All of these things are involved. All the ways that you might reach your friend on social media, a scammer can reach you in those ways as well.”

Key to these frauds is card transactions. In order for scammers to collect illicitly obtained funds, targets must “purchase” an item from one of the advertisements they see. These ads, once clicked, will often go to a website that has been set up by a criminal enterprise to look legitimate.

Once a “purchase” is made, card funds and/or credit card data are transferred into criminal accounts, and the victim receives nothing in return. In furtherance of the scam, the card data collected by the scammers is used for further illicit activities, including selling of such data on the dark web.

These data include name, billing address, credit card numbers, expiration dates and CCV. Everything needed to purchase almost anything online.

In order for card companies and banks to detect these scams, which are almost always reported by consumers after the fact, cutting-edge artificial intelligence solutions must be employed.

Its AI, powerered by RembrandtAi, can detect even the smallest of anomalies across the entire transactional chain, and can report these anomalies to card issuers in real-time.

Or discover how ToolCASE could help put an end to the $770 million in social media fraud, HERE 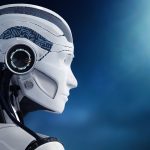 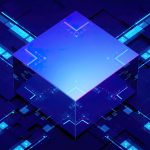