According to the US Attorney’s Office in the District of New Jersey, a Morris County, NJ man was indicted on March 11th for his alleged role in a conspiracy to scheme millions of dollars from a bank at which he worked.

Kurt Phelps, of Flanders, NJ was charged with one count of conspiracy to commit bank fraud and one count of bank bribery. Mr. Phelps had three conspirators he allegedly worked with, all of whom have previously pleaded guilty in connection with the scheme.

According to statements made in court, and documents filed in the case, Mr. Phelps and his co-conspirators operated a scam to defraud a bank where Phelps worked. It is alleged the scam ran from 2013 through 2019 and resulted in millions of funds being illicitly “loaned” to a company where the three conspirators worked.

Starnet Business Solutions Inc., a now defunct printing business where the three conspirators held influential positions, received millions of dollars of unwarranted credit.  In return for helping illicitly secure the line of credit, the conspirators paid Phelps cash bribes. By 2018, the line of credit extended to Starnet was worth roughly $8 million. None of which was repaid by Starnet.

According to the indictment, Phelps was aware the information provided by Starnet for the line of credit was materially false. Phelps coached the Starnet conspirators on how to defraud the bank by reviewing draft financial information and providing feedback on how to falsify information before submittal to avoid red flags.

In addition, Phelps helped Starnet avoid QC measures and audits by the bank to assure the line of credit was approved and extended. For his effort, Phelps received tens of thousands of dollars, on a multitude of occasions, from the Starnet conspirators for his role in starting and continuing the scheme.

In all, Phelps received hundreds of thousands of dollars in cash bribes.

Conspiracy to commit bank fraud and bank bribery charges each carry a potential maximum sentence of 30 years in federal prison, with a $1 million fine, or twice the gross gains or loss from the offense.

The insider fraud allegedly committed by Mr. Phelps could potentially have been detected long before the line of credit reached $8 million. Even through the fraud began (allegedly) in 2013, artificial intelligence tools, like those developed by ToolCASE, could have been able to detect the fraud, and stop its implementation and continuation.

ToolCASE’s real-time Ai fraud detection tools allow fraud departments a wider view over all bank transfers and insider loan and credit approvals, including the issuance of lines of credit, mortgages, and business and personal loans.

Its best-in-class technology could have potentially detected anomalies in the Starnet paperwork, as it can gather millions of datapoints, from an unlimited source pool, to score debtors without the need for human intervention.

In fact, ToolCASE could have potentially scored Starnet’s credit worthiness without any of the supplied paperwork, fraudulent or not, and may have been able to detect additional insider frauds at the bank.

Insider bank fraud is costing banks millions in losses every year. By implementing AI fraud detection tools, cases of fraud, like those allegedly perpetrated by Mr. Phelps and his conspiracy group, could become increasingly rare, and institutions could better protect both customer and bank assets.

Or discover how ToolCASE could save your institution potentially millions of dollars in insider fraud losses, HERE 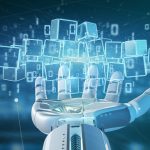 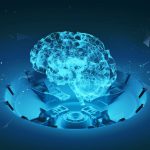