The Texas Department of Insurance (TDI) announced this month that the personal identifiable information (PII) of 1.8 million Texas workers who filed compensation claims, has been breached.

The breach, which was discovered by a data management audit, exposed the Social Security numbers, birth dates, addresses, phone numbers and information on injuries of the claimants – everything needed for fraudsters to commit identity theft.

According to the TDI, this information may have been accessible to almost anyone between March 2019 and January 2022; when the issue was finally discovered (though not reported until this month).

Although the TDI says it cannot find any evidence that the exposed PII data was used by anyone outside of TDI employees, the potential for these data to have reached the dark web is rather high.

Being such, the TDI said it will provide 12 months of free credit monitoring and PII protection services to anyone whose data was breached.

Of course, at this point, it’s already too late for those exposed, and taxpayers may be on the hook for potentially millions to cover the costs of the “free” credit monitoring and PII protections offered.

Had the TDI taken steps to better protect its data back in 2019, we may not be discussing the potential of identity fraud for these 1.8 million people, or the massive costs to taxpayers.

Real-time fraud detection and prevention tools, powered by artificial intelligence, could have potentially detected this breach almost immediately, as it happened, not three years after the fact.

This technology, custom developed by ToolCASE LLC., is designed specifically to protect big data, alert fraud teams of incursions immediately, and reduce the likelihood of personal information ending up on the dark web.

Its real-time fraud detection, prevention and prediction capabilities make it among the most advanced anti-fraud systems available, anywhere.

Now, TDI says the breach has been patched, and the data is now secure, but unless it’s utilizing the most cutting-edge cybersecurity protocols available, another breach could happen… And all Texans should be on high alert.

Discover the ToolCASE solution to enterprise-level data security, and get a full demonstration of its wide-ranging fraud detection capabilities, HERE

Or read more about the TDI case, HERE

What You Need To Know: The NACHA Rules UpdateIndustry Article, News, ToolCASE 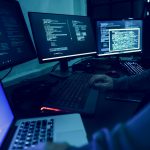