$12 Million Upcoding Fraudster Gets 93 Months: Could He Have Been Caught Much Sooner?

A California-based physician, Donald Woo Lee, has been sentenced to nearly 8 years in prison for billing Medicare $12 million for unnecessary or non-performed procedures; a practice known as upcoding fraud.

The government says Lee specifically “recruited” Medicare beneficiaries to his clinics in order to help pull off his scheme. These “recruits” were falsely diagnosed with varicose vein issues, then were subsequently provided medically unnecessary ablation procedures.

Now, Medicare will only reimburse providers for ablation under certain circumstances. These circumstances include proof of symptoms and an initial “conservative” treatment before ablation can take place.

In the case of Mr. Lee, his patients had no visible signs of varicose veins, no symptoms and had no ultrasounds taken. Regardless, they were told they needed the procedures; procedures Lee illegally billed to Medicare, beginning in 2012.

The lack of ultrasound treatments, for example, should have alerted Medicare fraud teams of this scam long before it reached $12 million.

Ultrasound treatments, which have their own Medicare billing code, should have been performed, and been submitted for, before any ablation treatments occurred.

According to the government, this didn’t’ happen.

And it’s this absence of sequential coding and submissions that should have raised a red flag… years ago.

However, Medicare, and private insurers alike, are having an incredibly difficult time identifying upcoding fraud.

But it’s not their fault. With the sheer volume of provider data submitted every day, there’s simply not enough “eye-balls” to watch for it.

But that’s about to change.

Both Medicare, and private insurance company fraud teams, now have access to a technology that could potentially detect even the tiniest of anomalies in provider submitted data, anomalies like out of sequence coding…

And it may uncover these coding anomalies live, as providers are submitting them.

This technology, powered by ToolCASE’s suite of custom artificial intelligence, could analyze a near unlimited amount of data, alert fraud teams of suspicious activities in real-time…

And could potentially prevent millions of dollars in losses and fraudulent payouts.

The ToolCASE technology is nothing less than incredible. You can see how it works for yourself with a full demonstration, available HERE

Or, you can talk with one of our artificial intelligence experts at 1-888-TOOLCASE to see how this technology can assist your fraud team. 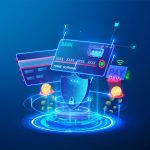 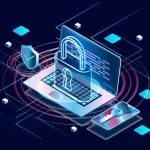 Four of The Biggest Fines in History for BSA/AML Non-ComplianceIndustry Article, News, ToolCASE