Christopher A. Montalbano of Vestavia, AL, has been sentenced to 180 months (15 years) imprisonment for his role in a massive bank and credit union fraud scheme. In addition to his sentence, Montalbano was ordered to pay $11,924,471 in restitution.

According to court documents, between 2016 and 2020, Montalbano and his father scammed FDIC insured banks and NCUA insured credit unions across numerous states.

The feds say he fraudulently obtained millions of dollars in loans from at least 20 different institutions. In total, the government says Montalbano obtained more than 140 loans in his personal name, through shell companies and through co-conspirators. He used the ill-gotten money to fund a lavish lifestyle, buying Lamborghinis, Ferraris, multiple real estate properties and farmland.

To pull off his scheme, Montalbano created websites for some of his shell companies, and copied product photos off legitimate sites to fool loan officers into believing he was operating numerous businesses.

Now, had the fraud teams at these banks and credit unions employed the latest real-time Ai-based fraud detection and prevention tools, Montalbano’s crimes may have been uncovered much sooner, perhaps as soon as his scam began.

U.S Attorney for the Northern District of Alabama, Prim Escolana said, “This defendant caused a multi-million-dollar loss to the victims (banks and credit unions). We will continue to work tirelessly with our law enforcement partners to hold perpetrators of these fraud schemes accountable and use all tools at our disposal to recover their ill-gotten gains.”

While the victims of Montalbano’s crimes (banks and credit unions) are likely to recuperate at least a portion of their losses, much of the stolen funds will probably never be recovered.

It’s why banks and credit unions must be more proactive in the protection of their capital. Fake websites and shell companies have been known to fool loan officers and fraud teams, and without the proper tools to detect these scams, more losses will mount.

Discover the ToolCASE Ai solution to bank and credit union fraud, and receive a full demonstration of its remarkable real-time capabilities, HERE

Or, read the full DOJ press release on the Montalbano case, HERE 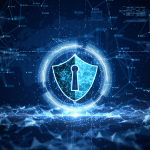 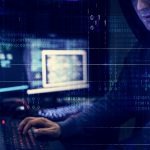 This PII and Bank Fraudster is Looking at a Possible 120 Years Behind BarsIndustry Article, News, ToolCASE