According to trial documents, Olaseinde was part of a Nigerian-based criminal organization that from June of 2016 to March of 2020 acquired business checks from postal boxes, altered the checks and deposited them into illicit accounts.

The government says, that in addition to Olasiende’s business check frauds, he and his co-conspirators created fake US visas and passport documents, opened bank accounts in those names, and opened credit card and bank accounts using stolen personally identifiable information (PII) of actual people; known as identity theft.

The stolen PII was then used to take cash advances on credit cards and to deposit fraudulent checks into the created bank accounts. After the deposits were cleared, the conspirators withdrew the funds from ATMs and purchased money orders from debit cards, leaving the victims (financial institutions, businesses and private citizens) on the hook for massive losses.

Olaseinde was convicted on four charges, each of which carries a maximum potential of 30 years in prison, or a total potential of 120 years if sentenced consecutively. In addition, he faces a maximum of $4 million in fines.

Although this bank and PII fraud ran for at least four years, crimes like these could potentially be detected as they’re happening, long before the fraudsters drain bank accounts and run up credit card debts.

New artificial intelligence technology has the capability of detecting even the smallest anomalies across millions of transactional data points.

For example, Ai could have potentially seen the business checks (from the issuer account) being deposited into new, unusual accounts (fraudster accts). Since these fraudster accounts do not match the history, probability or predictability of past business transactions, fraud teams at the issuer’s bank could have been alerted of the fraud almost immediately…

And halted the checks from clearing.

Of course, Ai may also have been able to detect the new credit cards issued with stolen PII, the unusual patterns of cash advances on those cards, and potentially even the purchase of money orders.

While many financial institutions are still relying on legacy fraud detection and preventions systems, real-time Ai-powered systems, like those custom developed by ToolCASE are making it much harder for fraudsters to commit these types of crimes.

The future of fraud detection and prevention is in real-time data analysis, the future is ToolCASE. 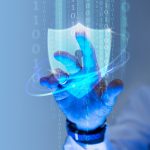