Clarence Wigfall Jr., from Granite City Illinois, has admitted to defrauding a bank out of more than $157,000.

According to the United States Attorney’s Office, Eastern District of Missouri, “Wigfall asked Commerce Bank account holders in public Facebook posts and elsewhere to give him their debit cards and account information in exchange for cash. Wigfall then deposited worthless checks into their accounts via ATMs in eastern Missouri and southern Illinois.

“He and his associates then withdrew money before the bank realized that the checks had been written on frozen accounts, blocked accounts, closed accounts, fake accounts and accounts with insufficient funds.”

The feds say Wigfall deposited hundreds of fraudulent, worthless checks into at least 55 separate accounts, stealing at least $157,256.92. While this is clearly a multi-layered fraud, potentially involving accomplice account holders, the government notes that at least 10 of the account holders did not give Wigfall authorization to use their account information in his scam.

But, regardless of the depth of the scam, it may have exposed yet another deficiency in batch processes in the core banking system. Since batched data is not analyzed by fraud teams live (its scheduled), banks and credit unions have very little time to detect schemes like these.

But, this deficiency in the batch process (which is a growing concern) can be addressed and addressed rather efficiently. See, by utilizing the real-time fraud detection and preventions system offered by ToolCASE, fraud teams could have the ability to monitor transactions live, as they’re occurring, not after the fact in batched data.

This means checks written on “frozen accounts, blocked accounts, closed accounts, fake accounts and accounts with insufficient funds,” could potentially alert fraud teams to scams like these as they’re happening…

Giving them the tools to shut fraud down before losses mount.

The problems in batch data analysis are well known, and yet too many financial institutions still rely solely on it. The efficient way to address fraud is by using ToolCASE’s modern fraud prevention systems that operate and report in real-time.

Real-time transactional data and fraud analysis, which does not wait until data is batched, is completely transforming the fraud detection efforts at banks and credit unions.

Discover how ToolCASE’s real-time, artificial intelligence-based fraud detection and prevention solutions are revolutionizing the industry, and get a full demonstration of its remarkable capabilities, HERE. 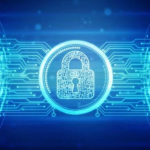 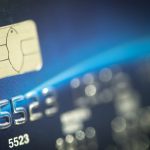