Three Miami, Florida residents have been sentenced for their roles in $1.4 million stolen from Banks and Credit Unions.

According to the feds, Cedric Smith, Daja Smith and Devonte Hoskins concocted a scheme whereby they exploited the online banking systems used by their victims, with information provided to them by the victims themselves.

As the government notes, the three now convicted felons purchased victims’ personal identifiable information on the dark web, then contacted them pretending to be security personnel from their financial institutions.

Upon contacting the victims, the trio induced them into sharing the one-time code that banks and credit unions text to customers/members when a password reset is requested. They then took these codes to access and drain victim accounts to the tune of $1,400,000.

U.S. Attorney, Mark Totten said, “Online thieves like these think they will never be caught because they can hide on the internet.  They are wrong.  We have the tools to identify and hunt them down, even if they committed their crimes from hundreds of miles away.”

But while the three criminals will be spending years behind bars – Cedric Smith was sentenced to 70 months, Daja Smith received 5 years and Devonte Hoskins was sentenced to 6 years – the damage had already been done, and the money already gone.

Fraud teams should be on high alert, as “bank security/text” scams like these are on the rise. In fact, the Federal Trade Commission says that in the first half of 2022 alone, over $137 million has been stolen through these kind of text frauds.

While the FBI are catching some criminals, far too many are getting away with institutional and depositor money. Text scams are growing out of control.

But now, thanks to advanced artificial intelligence technology, financial crimes like these could potentially be detected and prevented before bank and credit union losses mount.

By incorporating a real-time fraud detection and prevention system, like the best-in-class, custom developed solutions from ToolCASE, fraud teams now have a remarkable capability to see financial crimes live, as they’re happening.

This incredible “live view” capability is now giving fraud teams a massive new advantage over criminals. And it’s simply something that doesn’t exist in batch processes in the core banking systems.

Since batched data is not analyzed by fraud teams live, as transactions are occurring, fraudsters often have plenty of time to transfer funds out of victim accounts before they’re detected.

But with ToolCASE, fraud teams have the capability to detect unusual or out of pattern withdrawals live; giving them the tools to put instant holds on transfers and allowing them ample time to contact the account holder to assure the transaction is legitimate or not.

By combating fraudsters in real-time, banks and credit unions now have the most powerful, advanced anti-fraud tools available anywhere. Should all financial institutions utilize the ToolCASE solution, as is recommended, fraud related financial losses at FIs could potentially diminish, rather than grow.

Or, read more about the $1.4 million bank and credit union scam, HERE 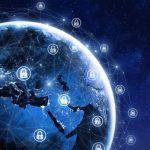 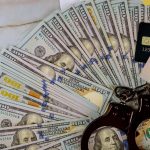