Small CUs Are Now The Most Susceptible to Fraud

Small CUs Are Now The Most Susceptible to Fraud

Small credit unions and banks are now at the highest risk, perhaps ever, of fraud attacks and subsequent financial losses. Recent reports show that fraud incursions have increased by 71% at small institutions, compared to a lesser, yet still highly concerning 48% at large institutions.

Even more worrisome, 68% of smaller institutions have reported the dollar costs of fraudulent transactions have increased. Remarkably, costs incurred by financial institutions (of all sizes) have grown to an average of $4 for every $1 in fraud.

Smaller institutions, as evidenced by the 68% who have reported increases in fraud costs, may bear the brunt… and see this figure grow even higher.

In a moment, we’ll explain a big reason why.

It was revealed that more than 160 debit card accounts held at YS Federal Credit Union in Yellow Springs, Ohio, were subject to a fraud attack in early September. While early reports say that “only” $15,137 of the $36,682 in attempted theft was successful, over 8% of the CUs members were affected.

Now, even though roughly half of the attack was thwarted, this small credit union, with $27.3 million in assets, may not be out of the woods yet, and a wave of similar attacks on smaller CUs could be on the way.

Many of the affected institutions, and those most likely to be affected in the future, are smaller banks and credit unions.

Well, as Sandra Hollenberg, the president and CEO of YS Federal Credit Union noted, YSCU depends on its members in spotting fraudulent charges, then notifying the CU. “We have no way of knowing unless they let us know,” she said.

That is a frightening statement.

Of course, YSCU is doing everything it can to halt further frauds and is helping members deal with the fallout of this attack, but Hollenberg’s comments about every institution having the same risk are far off base.

Yes, every financial institution, large and small, is experiencing the growing risk and costs of fraud. However, this is especially evident with institutions who rely on their members to report it, rather than incorporating the necessary technology to combat it.

Plainly stated, smaller credit unions and banks are not using the right tools to detect and prevent fraud. Sure, some are using legacy fraud solutions, but they have become woefully obsolete.

Now, it was once thought that only large, well-capitalized institutions have the resources to weather storms like these. However, recent advancements in artificial intelligence have proven to not only help detect and prevent fraud at FIs, but are now financially accessible to institutions of all sizes and capitalizations…

Which begs the question…

Why rely on members or legacy solutions when this breakthrough, financially accessible technology, powered by ToolCASE’s RembrandtAi, can detect and prevent fraud in real-time?

RembrandAi gives financial institutions of all sizes the most cost-effective way to detect even the smallest of transactional anomalies, across any number of channels, live…

Meaning frauds could be spotted, and halted, as they’re happening.

With ToolCASE, your institution could stop fraud early, reduce fraud losses and keep fraud detection and prevention where it belongs… out of the hands of your members.

Receive a full demonstration of the remarkable ToolCASE fraud detection and prevention technology and discover how it helps financial institutions of all sizes reduce fraud incursions and fraud losses, HERE.

Or, read more about the YSCU debit card attack, HERE

No financial institution should rely on members or out-of-date technology to detect and prevent fraud when new, cost-effective, and proven technology is readily available. 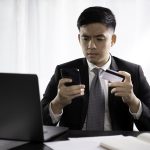