New Senate Report Confirms It, Zelle Fraud Is Growing Out of Control

A new report from the office of Senator Elizabeth Warren has revealed what many in the banking industry already know. Zelle fraud is on the rise, and unless proactive, cost-effective steps are taken immediately, it may continue to spiral out of control.

Data supplied to the Senate (from just three institutions who fully participated) show that In 2020, PNC Bank had 8,848 cases of Zelle fraud, but is expected to have over 12,300 cases this year; representing a 39% increase over the two-year period.

However, of the three large financial institutions who participated in the report, PNC may have fared the best.

A remarkable 133% year over year increase.

As the Senate report noted, between 2021 and the first half of this year, “Overall, the three banks that provided complete data sets reported 35,848 cases of scams, involving over $25.9 million of payments… In the vast majority of these cases, the banks did not repay the customers that reported being scammed. Overall, these three banks reported repaying customers in only 3,473 cases (roughly 10% of cases) and repaid only $2.9 million.”

Clearly, the problem is growing. But it’s not only these three large institutions and their customers who have become victims of Zelle fraud. Every institution of every size has seen a marked increase in p2p fraud reports.

Right now, over 1,700 banks and credit unions of all sizes offer the Zelle service. But as the service grows in popularity with consumers, even more FIs are likely to adopt the technology, which has also grown more popular with scammers and criminals; all while institutions have failed to update their real-time payments fraud detection and prevention systems to keep pace.

Trace Fooshee, of FI advisory firm, Aite-Novarica said of the growing problem, “In order for them (FIs) to deploy something that would detect a good chunk of fraud on something so hard to detect, they would generate egregiously high rates of false positives which would also make consumers very unhappy. This would tank the business case for the (Zelle) service as a whole, rendering it something that the bank can claim to NOT be commercially reasonable.”

What Fooshee says, is correct. A high rate of false positives would make consumers incredibly unhappy, could cost FIs a great deal of money, and could lead to Zelle becoming commercially nonviable.

However, there is a new, real-time fraud detection and prevention solution that may, in fact, not only alert FIs to Zelle fraud in real-time, as it’s happening, but could potentially allow for a reduction in false positives as well.

We’ll get to this new frictionless solution in a moment.

“That banks are paying victims of authorized payment fraud scams anything at all is noteworthy. That’s money that they’re paying for out of pocket almost entirely for goodwill. You could argue that repaying all victims is a sound strategy especially in the climate we’re in, but to say that it should be what all banks do remains an opinion until Congress changes the law.”

Of course, thus far, outside of class action lawsuits and this new Senate report, there has been little pressure on FIs to protect their clients/members from Zelle scams, as most of these fraudulent transactions are, in fact, authorized by the victims.

But the Senate report is not just for show.

It’s likely that new p2p banking laws and consumer protections will emerge from this report and the current Zelle landscape will change forever.

Meaning financial institutions may be responsible for reimbursements, even if the transactions were authorized by victims.

It’s why all banks and credit unions should be prepared for potential regulatory changes, right now.

Perhaps the most effective way to stay ahead of the regulators and detect p2p frauds live, as they’re happening (and to mitigate potential losses) is by incorporating real-time, artificial intelligence-backed fraud detection and prevention systems; like the best-in-class RembrandtAi, from ToolCASE.

While most fraud detection and prevention systems have an incredibly difficult time detecting Zelle fraud, as Trace Fooshee suggests, ToolCASE’s RembrandAI can see it live…

Giving fraud investigators more power to protect their customers and members than ever before.

Discover the tools that could help detect and prevent Zelle fraud as it’s happening, and receive a full demonstration of the remarkable capabilities of ToolCASE’s RembrandtAi, HERE

While many FIs will wait for new laws to be enacted, proactive institutions can help stem the tide of fraud and mitigate losses (both financial losses and the loss of customers/members) before the regulators get involved. And they can do it quickly and cost effectively with ToolCASE. 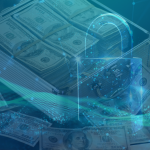 Small CUs Are Now The Most Susceptible to FraudIndustry Article, News, ToolCASE 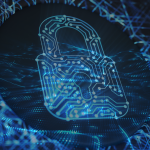