According to The National Heath Care Anti-Fraud Association, (NHCAA) $3.6 trillion was spent in 2018 on health care in the United States, representing billions of health insurance claims. The NHCAA also reports that approximately $300 billion or nearly 10% of all healthcare spending were fraudulent claims. Fraudulent claims carry a very high price tag, financially, and also in how they impact the level of trust in and value of our health care system. We also know that as the COVID-19 pandemic rages on, wherever you get your news you’ll read about healthcare fraud incidents and numerous types of frauds.

Here are some of the healthcare frauds that take place:

Perpetrators enter false diagnoses, treatments and medical histories and then submit false insurance claims for payment. Of note is the rise in digital healthcare fraud due to the increased reliance on telemedicine and digital billing during the pandemic.

Clearly, healthcare fraud is not a victimless crime. Besides targeted individuals who have had their identities stolen and/or legitimate patients, there are many other organizations impacted: the post office with mail fraud, banks and money laundering, and practitioner fraud that leaves no particular aspect of the healthcare and medical profession exempt.

Healthcare fraud is now a Federal crime with stiff penalties based on the Health Insurance Portability and Accountability Act of 1996 or HIPAA as it’s commonly referred to. This act established healthcare fraud as a Federal offense with penalties of up to 10 years in prison with significant fines, and restitution ranging from six to seven figures. In some cases, valued medical licenses and other charges are lodged against convicted swindlers depending on how the fraud took place.

The world’s most advanced Transactional AI software company, ToolCASE, offers a suite of products that can serve health insurance organizations and banking and credit institutions.  All of which bear the brunt of the of healthcare fraud.

The solution for healthcare financial fraud is in ToolCASE’s proprietary RembrandtAi functionality, its real-time analytics capability, data aggregation from multiple sources and presentation of data through visualization and alerts.

The ROI of a RembrandtAi implementation is often within weeks or months, not years. The installation and early training are quick and seamless. ToolCASE clients with RembrandtAi are able to use Data Intelligence approaches that facilitate making real-time decisions.

Additional benefits include risk and compliance management for financial institutions such as insurance companies including internal audit and cybersecurity capabilities. Transaction, balance and intentions trend and pattern analysis are presented in Data Visualization and Alert formats. RembrandtAi integrates with online banking and other self-service systems for Opt-in and Automatic Consumer Alerting.

The AI driven breakthrough is finally here for Health Insurance Organizations, with RembrandtAi and its intuitive and effective “war-room” style tools. 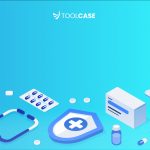 How Health Insurance Institutions Can Save Potentially Tens-of-Millions in Healthcare and Medicare Fraud CostsNews, ToolCASE 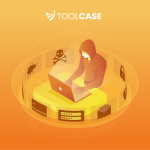