Laboratory Must Pay the Govt. $11.6 Million For Unnecessary Urine Testing

Laboratory Must Pay the Govt. $11.6 Million For Unnecessary Urine Testing

Radeas LLC, a North Carolina-based clinical laboratory has agreed to pay $11.6 million to resolve allegations the company participated in a fraudulent billing scheme.

Between January 2016 and September 2021, the company submitted claims to Medicare for payment of medically unnecessary, and expensive, urine drug tests (UDT).

According to terms of the settlement, Radeas admits it performed and billed Medicare for two different types of UDT, presumptive testing and secondary confirmatory testing.

Presumptive UDT is relatively inexpensive, while confirmatory UDT is costly.

The lab performed both tests at roughly the same time, then submitted results simultaneously to healthcare providers. Since the confirmatory UDT test is most often only ordered and utilized after a positive presumptive test, the secondary test was medically unnecessary, violating the False Claims Act.

Additionally, between 2013 and 2021, Radeas admitted it paid third-party operators based on the volume of urine test referrals. Because of this, the government alleges the company violated the Anti-Kickback Statute of the False Claims Act.

US Attorney Rachael S. Rollins said, “Radeas billed Medicare for unnecessary urine drug testing that served no legitimate clinical purpose. This is serious conduct that improperly diverts funds needed to care for the most vulnerable, especially during this devastating pandemic.

“After the government began its investigation and confronted Radeas, we were able to resolve this matter for $11.6 million and return substantial funds to the Medicare program.”

However, it’s not only Medicare that has experienced a wave of fraudulent UDT test claims. Private insurers nationwide have seen illicit testing claims, most often associated with drug and alcohol rehabilitation centers, rise dramatically over the past decade.

In order to combat this fraud, which is often hard to detect, healthcare insurers should begin incorporating artificial intelligence solutions into their fraud team’s technology portfolios.

Artificial intelligence tools, like those provided by ToolCASE, can add an additional layer of protection. With its ability to detect even the smallest anomalies in data and transactions, ToolCASE Ai may have been able to catch the unnecessary double-UTA testing at Radeas, the moment claims were submitted.

Both private and government backed healthcare insurance must always be on the lookout for fraud. ToolCASE could potentially help detect it live, as it’s happening; helping to prevent millions in fraud losses and unwarranted payouts.

Or see how ToolCASE can potentially save your healthcare insurance organization from the growing threat of fraud, HERE 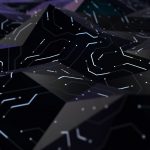 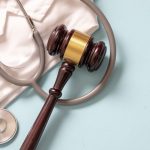