Bank Fraud Victim Takes Matters Into Her Own Hands

Bank Fraud Victim Takes Matters Into Her Own Hands

After noticing fraudulent charges in her account, a Stuart, Florida woman took matters into her own hands by hunting down the fraudster herself at a local gas station.

The woman, unnamed at this time, first observed charges to her bank account that were clearly not made by her. After going to the WaWa fuel station where the charges were made, and asking around, she discovered the alleged fraudster was a man who drove a white truck.

But rather than immediately call the police with this information, she instead decided to see if she could catch him in the act.

Her plan? To return to the WaWa at the same time of day the initial fraudulent charges were made, and hunt down the white truck.

So, the next day she returned to the WaWa, hoping the alleged fraudster’s daily schedule was one of habit. As it turns out, it was.

At the WaWa, she watched as a man pulled in with a white truck and began filling it up with fuel. As she observed him, one Rosniel Jimenez Gonzalez, he threw several plastic cards (credit cards) into the trash can by the pump.

As this was happening, she received a fraud alert from her bank, matching the exact location of the WaWa, precisely while she observed Mr. Gonzalez fuel his truck.

At this point, she was sure that Mr. Gonzalez was the suspect, and called 911.

After the questioning, the police discovered an additional 28 fraudulent credit and debit cards in Gonzalez’s truck ,and was immediately put under arrest.

Gonzalez was charged with possession and trafficking in counterfeit credit cards, obtaining fuel by fraud, unlawful conveyance of fuel, and the unlawful possession of personal ID of five persons or more.

While this is a true story of a brave woman taking matters into her own hands, police advise the public to never confront or pursue alleged criminals on their own. 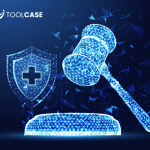 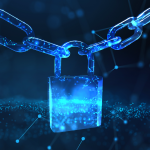