The U.S. federal government has brought a lawsuit against Methodist Le Bonheur Healthcare and Methodist Healthcare Memphis Hospitals.  The feds are accusing the hospital system of orchestrating a multi-million-dollar kickback scheme to a cancer center chain, West Clinic, P.C. who has multiple locations across numerous southeastern states.

According to the suit, the hospital system engaged in a deceptive and elaborate provider fraud that paid West Clinic kickbacks for patient referrals. The referrals then resulted in Medicare reimbursements totaling hundreds of millions of dollars.

The alleged scam was first reported by a whistleblower with inside knowledge of the events.

Because of the arrangement between the hospital system and West Clinic, which began in January of 2012 and lasted through at least December of 2018, the government says the False Claims Act and the Anti-Kickback Statute were both violated.

According to the Department of Justice press release on the matter, “By purchasing West’s outpatient locations, Methodist was able to bill Medicare not only for the facility and professional components of outpatient treatment but also for the chemotherapy and other drugs provided, for which Methodist could recoup a staggering discount in costs through the 340B Discount Drug Program, resulting in $50 million in profits to Methodist in one year alone.”

Fraud within the healthcare system, especially provider fraud, is running rampant. According to the DOJ, in 2021, the National Health Care Fraud Enforcement Action resulted in 138 defendants charged, with more than 32 licensed medical professionals charged in fraud crimes.

Along with these charges, the Feds also say more than $1.4 billion was lost due to fraud.

Of course, this is just the tip of the iceberg.

As noted with the Methodist Le Bonheur case, where the company accumulated a one-year total of $50 million in false profits, many frauds are not caught until its far too late.

There are perhaps hundreds of other provider frauds that are currently being orchestrated, many of which will likely go undetected forever.

For private and public healthcare insurers (like Medicare), the utilization of new artificial intelligence technologies may help discover these frauds before they grow to the multi-million-dollar level.

In fact, many provider frauds could potentially be detected as they’re happening, halting them in their tracks, preventing both their growth and the payout of fraudulent insurance claims; claims which have left taxpayers on the hook for billions.

Keep in mind, the multi-million-dollar Methodist matter came to light only after a whistleblower blew the lid on the alleged scam.

The industry cannot rely on human whistleblowers alone. There simply aren’t enough of them. However, the adaptation of artificial intelligence could undoubtedly be the next step in detecting and preventing healthcare fraud.

Artificial intelligence tools could act as “digital-insider whistleblowers” for both private and public health insurers, giving them detailed data on provider activities, live.

These tools may not only help save taxpayers, and insurance companies millions of dollars in losses, but could potentially help lower healthcare costs by reducing fraud within the system.

Could cutting-edge Ai technology, like that custom provided by ToolCASE, have detected the alleged Methodist fraud far sooner?

And without the assistance of a human whistleblower?

You can request a demonstration of the ToolCASE technology, HERE and see for yourself.

Or, you can read more about the alleged Methodist fraud, HERE 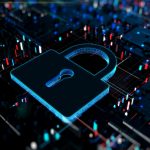 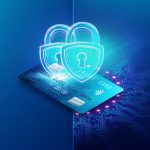