– Could Ai Have Caught Him in The Act… Years Ago? –

Jerome Walter Kiggundu, formerly of Georgia, was sentenced to 48 months in prison, fined $2,500 and ordered to serve 3 years supervised release for defrauding a mortgage lender and committing bankruptcy fraud in an attempt to cover up his initial crimes.

Court documents reveal that Kiggundu borrowed $2,831,250 from a mortgage lender in March of 2019 by submitting falsified bank statements. The fraudulent statements claimed his company, Nakaddu LLC, had an average monthly operating bank balance of about $100,000.

In reality, his account only had an average monthly balance (AMB) of $500. Additionally, he submitted a fraudulent personal financial statement that overstated his net-worth and his assets to qualify for the loan.

The difference between $100,000 and $500 in AMB is extreme. So extreme, it’s a wonder how fraud teams at the lender did not verify and catch it. Of course, fraud teams are overloaded with responsibilities, so even extremes like these can often go undetected by the naked eye.

However, the massive discrepancies in the submitted AMB and the true AMB (data points) could have been potentially detected at the moment the “paperwork” was initially entered.

Had the lender utilized real-time fraud detection and prevention tools powered by artificial intelligence, Kiggundu’s crime may have been halted right then and there.

By accumulating, interpreting, and analyzing all Kiggundu’s transactional data points (live, at submission time), Ai may have also flagged his personal financial statements as problematic.

It seems as though no advanced, real-time operating and reporting anti-fraud Ai was utilized here, and Kiggundu was, unfortunately, approved for the $2.8 million loan.

His crime was later discovered (long after the $2.8 million left the bank) and he’ll now spend the next four years of his life under Federal lockdown.

U.S. Attorney, David H. Estes, of the Southern District of Georgia said, “Financial fraud costs everyone – not just the institutions who are the immediate victims, but everyone who participates in the free market and sees their costs increase to make up what fraudsters steal.”

We may have never heard of Jerome Walter Kiggundu.

Or read the DOJ press release on the Kiggundu verdict, HERE

Four of The Biggest Fines in History for BSA/AML Non-ComplianceIndustry Article, News, ToolCASE 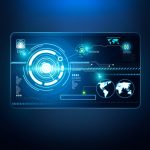