There may be no better example of how transactional artificial intelligence tools could be used to help combat elder abuse and financial fraud than with the case of Sharri Lynn Smith; a woman facing up to 34 years in federal prison.

See, Smith was the caretaker for an elderly couple in Broward County, FL between 2016 and 2019. During this time, as she admitted, Smith committed bank fraud and aggravated identity theft by accessing the victims bank accounts and embezzling roughly $300,000.

While she was granted account access by the couple so she could help them pay their bills, she certainly wasn’t allowed to pay her, her family members, and her creditors with the couple’s money.

But she did it anyway.

Now, this scam could have potentially been detected years, and hundreds of thousands of dollars earlier. We’ll get to how in just a moment.

It’s far easier to see how the forged checks could have gone undetected for some time, considering how variable the signature of a senior can be, but the electronic transactions, notably those to the perpetrator’s credit card companies, should have raised a massive red flag with the bank from day one.

But there is a way it could have.

Transactional artificial intelligence tools, especially those that operate in real-time, are now giving fraud teams an incredible new eagle-eyed view of what types of transactions are occurring between accounts…

And can alert them immediately to even the smallest discrepancies and anomalies.

You see, in the case of Sharri Lynn Smith, Ai could have detected these unusual transactions from the victim account to Smith’s credit card company as they were happening.

How? Well, Ai accumulates and analyzes bank customer data live, creates patterns, and could predict the how, where and when transactions are likely to occur… and between whom.

Initiating a “payment” to a creditor, whose account details do not match the bank account holder details or patterns, is a transaction that real-time Ai could have seen as anomalous… and alerted fraud teams to immediately halt.

For these two elderly victims, real-time Ai could have potentially prevented hundreds of thousands of dollars in losses.

Now, our elderly population is especially vulnerable to crimes like these. Every bank, credit union and financial institution handling the accounts of seniors should implement the world’s most advanced, real-time, transactional Ai to protect their and their customer accounts.

Discover the artificial intelligence fraud solution that operates and reports in real time, and see a demonstration of its remarkable capabilities, HERE. 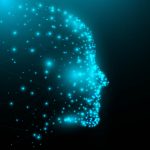 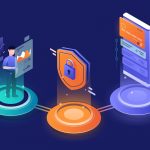 Why AI is Better at Fraud Detection than Even the Smartest HumansIndustry Article, News, ToolCASE