From February to mid-March, the FBI announced indictments or take-downs of nearly three dozen healthcare related frauds.  Both on the private insurance level, and the government program level. Here’s the story of just a few of them.

Melissa Panayiota Kanes has been arrested and charged with healthcare fraud, money-laundering, and identity theft.

Multiple persons are in custody related to their alleged participation in a $32 million health care fraud scheme.

Folashade Adufe Horne pleaded guilty to defrauding the D.C. Medicaid program out of more than $370,000.

Jeffrey and Nicholas White were sentenced for defrauding Affordable Care Act programs in at least 12 states.

Jennifer Nash admitted to her involvement in a multi-million-dollar compounding fraud scheme.

Navid Vahedi, a pharmacist from CA, pleaded guilty to health care fraud and to a kickback scheme.

Out of Control Fraud is Actually Preventable

Healthcare fraud committed on both private insurance and government run programs is out of control.  However, many if not all of these frauds were preventable.

By instituting the latest cutting-edge artificial intelligence tools from ToolCASE, many of these crimes could have been detected earlier, saving insurers and governments millions of dollars every month in fraud losses.

Our enterprise and government-level advanced AI solutions are scalable, simple to use and designed specifically for the health insurance and government run healthcare industry.  We can detect and prevent frauds live, as they’re happening.

Schedule a Free Demo and Learn How ToolCASE Can Help Prevent Tens of Millions of Dollars in Fraudulent Claims Payout: https://bit.ly/2QUTwTX 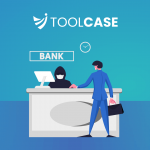 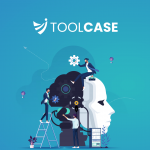